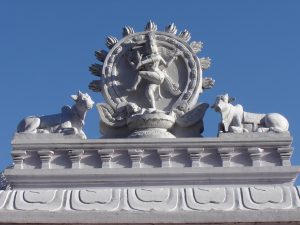 Another beautiful day at the Dayananda ashram in Rishikesh, and Swami Brahmavidyananda is explaining some basic principles of Vedanta…

Thinking covers a broad spectrum, he tells us. Just as there are shades of grey between black and white, so thinking can vary in its quality.

This applies to other things – relationships, places, emotional states. This dynamic governs all our activities. We seek what we enjoy, we avoid what we don’t.

He tells us the story of Rishi Valnikirya and his wife Mitra (Maitrayi). Well-to-do, the rishi received gifts of cows from wealthy patrons, which he in turn distributed to those in need.

At age 60, he told his wife that it was time for him to withdraw even further from worldly life and seek a greater understanding of life.

As a general rule, we should always change for the better, not for the worse. We should aspire to a higher order. We should not backslide to a lower state. If we are to evolve, we have to keep moving in the right direction.

His wife then asked that, if he was leaving all his wealth to her for the pursuit of something higher, she wanted to know whether she might pursue it too.

He was pleased with her maturity of thought and began to discuss the notion of the atma. He asked her what she liked and she said there are so many things – our children, parents, house, wealth, neighbors, country, etc. 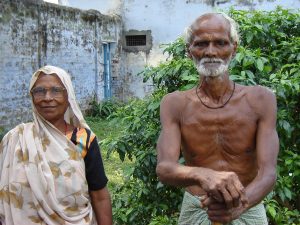 This leads to the idea that husband and wife love each other, not for the sake of the other, but for the good feeling it gives them. This is most obvious when we think of someone who loves God.

Possessions make us feel good and comfortable, but not necessarily happy. The psychiatrist’s couch is comfortable but it’s not a happy place to be.

Throughout our lives, we are constantly adjusting things around us – objects, circumstances, people, etc – in an effort to feel more comfortable where we are.

But instead of constantly trying to adjust all of those things outside us, we should turn our direction inward.

Even the body is “mine” like all the other objects in my universe. But just as these objects are not “me”, neither is the body “me”. Swamis and sadhus successfully objectify this notion by saying that “this body is hungry.”

We must adopt the notion of the witness. The body does things of which the Self becomes witness – feelings, thoughts, actions. Therefore, even these more subtle things like emotions and thoughts that that arise from the body/mind/ego complex are “mine” but not “me”. 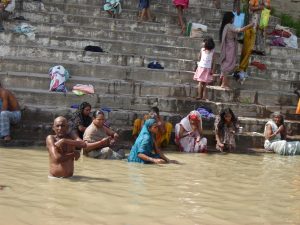 The process of witnessing the body’s spectrum of functions is called “Viveka” and is the distinction between the seer and the seen.

Returning to the story of the rishi… he told his wife that he wanted to understand the witness – the atma.

It is not enough to have information, to know something. It is necessary to assimilate it and own it. For this reason, the rishi declared it a proper goal to pursue this path in order to eliminate unhappiness.

And this too the wife accepted as a noble goal. 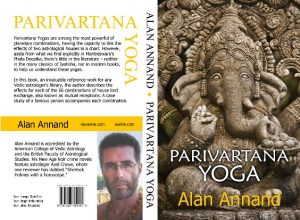 Alan Annand is a graduate of the American College of Vedic Astrology and a former tutor for the British Faculty of Astrological Studies.

He’s also the author of several non-fiction books. Stellar Astrology offers a compilation of Vedic astrology techniques, in-depth celebrity profiles, and analysis of world events. Parivartana Yoga is a reference text for one of the most common yet powerful planetary combinations in jyotish. Mutual Reception is an expanded companion volume for western practitioners, covering the same subject of planetary exchange through the lens of traditional astrology.

You can find his books on Amazon, Apple, Barnes&Noble, Kobo and Smashwords.